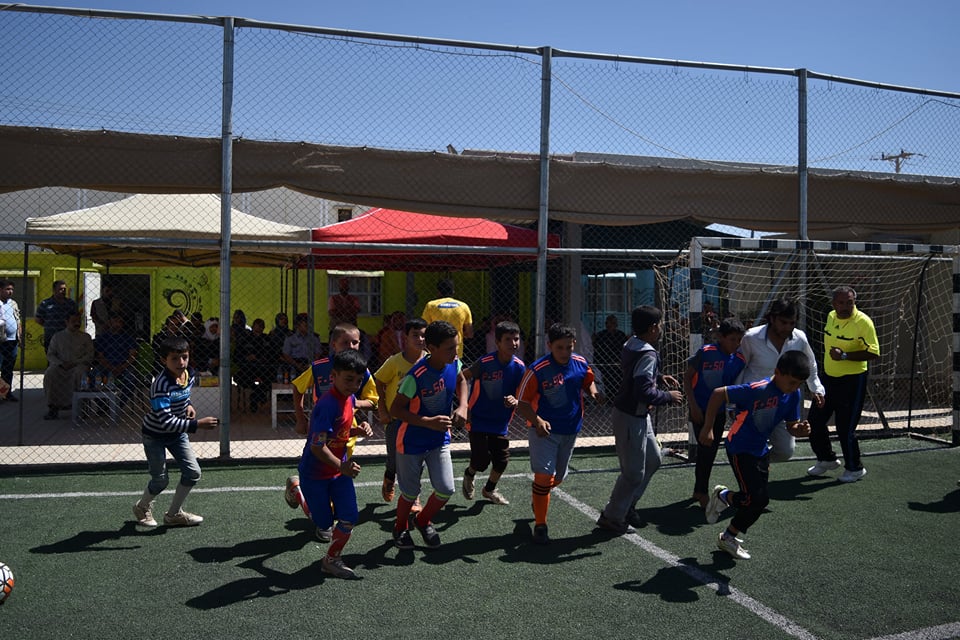 By: The magazine team
The football coach, Ibrahim Al-Rashed, asked for the support to the school sports and to allocate small playgrounds within the schools in Za’atari camp. Al-Rashed said during the league of the primary schools’ cup in Za’atri camp, which was hosted by Questscope organization under the supervision and sponsorship of the Education Directorate of the North West Badia, that the schools in the camp lack the football playgrounds. A number of primary schools in the camp participated in the league, such as: Mahlab bin Abi Safra, Khalid bin Al Waleed, Karama, Yarmouk and Mohammed bin Qasim. Two teams were selected from each school, under the supervision of Khalid bin Al Waleed School principle Dr. Hussein Al Majali and football coach Akram Al-Hariri. A group of officials, sectors’ elders, sports activists and a number of teachers attended the event. Awards were given to the winners a cup for the principle of Khalid bin Al Waleed school and a cup to the team leader, the coach Mohammed Al-Janadi, who won in the league. The winning team was awarded a golden medal, and the best player award was given for Musa Saleh Suwaidan.